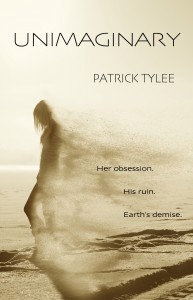 ONLY 99 CENTS on Amazon Kindle!

That’s right.
Click the link now to get Patrick’s thriller UNIMAGINARY for Young Adult for only 99 cents.

The girl from space breaks nearly every rule to escape her lonely life in the Joining. She rescues a human boy, and will stop at nothing to become his perfect mate.

To protect Wynn from harm, she destroys the bees, the bully, and the spy. She’s banished from Wynn’s presence, and when her kind come to return her to the Joining, she faces the truth of all she’s done to his planet and its people.

But she can create an entire world within herself.

Just one rule left to break. 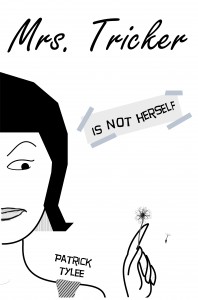 Buy it on Amazon

Mrs. Tricker is Not Herself

Click on this link now to get Mrs. Tricker is Not Herself in paperback for only $5.99

A fourth grade boy suspects his teacher has changed since her vacation to Space Camp.

He gathers proof, but no one will listen, not even his parents.

Now Mrs. Tricker threatens to take him to the Space Camp in the forest.

But he can change too, and sometimes that’s what saves you. 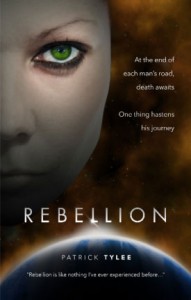 Buy It on Amazon

Buy It on Barnes & Noble

iBook for iPad and iPhone

In this sequel to WISDOM, our dysfunctional synthetic family battles against enemies on every side.

Click this link now to get REBELLION on Kindle for only $2.99

Trapped in the body of a nine-year-old girl for four hundred years, Elmyrah desires to become a woman, but retain her immortality. Jove finds himself on the run, wanted for murder. The corrupted artificial conscience, Wisdom, is relentless in her quest to control every mind.

The god-like son of Elmyrah is evil at birth. He aims to rule every clone, and destroy what remains of Earth.

But Jove was created to be the sacrificial savior, and he has twelve more lives to give. 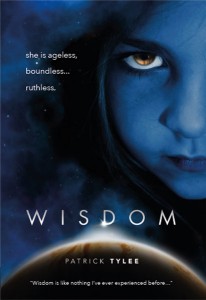 Buy It on Amazon

Buy It on Barns & Noble

iBook for iPad and iPhone

Click this link now to get WISDOM on Kindle for only $2.99

Through her brother’s telescope, the orphan Arab girl, Elmyrah, is the first to see the alien starship bound for Earth. She’s befriended by the person on the vessel, but Jove hides a terrible secret. His promise of peace to the Earth is a trick.

A terrible accident on board his ship causes Elmyrah’s death. Consumed with guilt, Jove uses his alien cloning technology to restore her life.

Now her mind has a copy of his thoughts.

And she knows the truth.